The Discovery of Clear Adhesive in the Lash Industry.

We at London Brows have been selling CLEAR adhesive now for over 3 years, and were the FIRST in the industry to do so. Why? I stumbled across the amazing potential of the clear adhesive while I worked with brow extensions. Yes, brow extensions were a thing! Right?

One day I asked a regular client of mine who had the worst retention on the planet, to be my model for an experimental colored lash set I wanted to try. She had very oily skin and she had an appointment every week with me. Now because the lashes were colored I didn’t want to use my normal black lash adhesive and decided to try the clear adhesive I used for brow extensions. I didn’t realize that I was about to stumble onto something NO ONE in the lash industry had even tried.

The client went away with her gorgeous colored lash set and I fully excepted to see her the following week again. After 3 weeks I was worried and called her and asked if she was ill? She told me that she still had almost the full set of lashes and didn’t need a fill yet. I was blown away when she came in after 4 weeks to get her lashes filled again. I was excited and couldn’t wait to share what I had learned.

So I got onto suppliers I knew and begged them to make me a clear adhesive for Lashes! I met with a lot of resistance as the lash industry used cyanoacrylate with added carbon, and this was the way it had been done for 10 years. Finally I found someone that agreed to help me create an adhesive that I would be happy with using. I learned a lot about chemistry during this time. BTW chemistry was my most hated subject at school, but I had to suck it up and really study the properties of the different cyanoacrylates.

Clear ADDY is superior in every way to an adhesive that contains carbon black. Carbon black interferes with the bonding properties of the cyanoacrylate, so retention will always be better using the clear ADDY. Because the clear has less ingredients it also has less irritants and less fumes,

which make it ideal for sensitive eyes. We have used it successfully with many clients who were no longer able to wear lash extensions.

All the staff in our salon ONLY use Clear ADDY as they love the fact that there are less fumes and the retention is amazing. Have you tried it? We now have sample size bottles for high and low humidities for only $10. 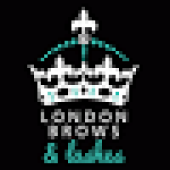